Covered The Cost Of Her Glaucoma Surgery

Janet was slowly going blind. She had glaucoma, an eye disorder in which the optic nerves are damaged. She became unable to do her job as a waitress because she could no longer read her orders, and she was running into things and other people. She had no health insurance and could not afford the surgery that was recommended by her doctor.

She applied for social security disability benefits, but was turned down. Social Security indicated that even though she had bad vision, her vision was not impaired enough to keep her from working and therefore did not qualify her for disability. She hired me to do her appeal.

Social Security denied the first appeal I filed for her. I then filed another appeal called a “Request for Hearing.” A court date was scheduled and we had a Hearing.

A medical expert witness testified at the Hearing that Janet's vision was getting progressively worse and that her depth perception was already lost.

I argued to the Judge that Janet was unable to do her job as a waitress, and that there were no jobs available in the economy that she could perform with her impaired vision. The Judge ruled in our favor from the bench, awarding disability. Further, Medicaid covered the cost of her glaucoma surgery. 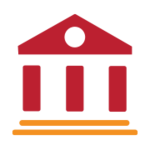